Two and a half years ago I was a broken woman.

My husband had left and after 24 years, I found myself thrust into the scary world of caring for two beautiful girls on my own. My worst nightmare had come to fruition, we now came from a broken home. I cried and cried and cried some more in those early days, weeks and months. I lost 7 kilos in the blink of any eye, I couldn’t eat, I couldn’t sleep, my mind wouldn’t turn off and I worried endlessly about our future.

Today I am an Ironman.

Yep you heard right, an Ironman.

I am one of the .01 per cent of the population who think it is a great idea to push their body through a 4km swim, 180km bike ride and finish off with a 42km marathon. Sounds crazy doesn’t it?

But if I can do it, seriously, anyone can. I don’t possess any special athletic talents I am an ok swimmer, a very lousy bike rider and an average runner.  But what I do have is a fierce determination and stubborn streak that when it rears its head, it takes a hell of a lot to squash.

Me, a simple 43 year old woman/human tortoise pushed her body for 14hours and 14 minutes to hear the announcer Pete Murray say five little words that meant the world to me,

“Sophie Baldwin you are an Ironman.”

And of course I did what most people would do after that, burst into tears. I am not talking quite sobs either. I am talking those great big heaving sobs that come from your toes and erupt out of your body with the force of a volcano. They were so loud and embarrassing they prompted the kindly volunteer to politely ask me if I required the medical tent. Maybe not the medical tent, but the mentally challenged one yes!

I did manage to mutter ‘I am just a little bit overwhelmed at the moment, it has been a huge journey’, as I hobbled out of their in search of my bag and a very much needed shower. I seriously did not smell like roses when I crossed that line.

Anyway to cross that line, I obviously had to start somewhere so on June 10, I lined up with 1000 other triathletes at Palm Cove in Cairns, said my prayers and entered the choppiest and dirtiest sea imaginable and started what I knew was going to be a very, very, very long day. I can swim but my god I have to say that was the hardest swim I have ever done in my life. I had people say to me before aren’t you worried about being eaten by a crocodile but seriously if one had of wanted to eat me, I certainly wouldn’t have seen it coming, I couldn’t even see my outstretched arm.

The water was choppy and there was a relentless current, no matter which direction I swam. I will be the first to admit, amid swallowing copious amounts of salt water, I may or may not have let out quite a few four letter swear words.

I was so relieved to hit terra firma, I couldn’t even run up the beach – I just walked up there like it was a Sunday stroll. Oh and I also had a moustache – the dirt and whatever else was in the water stuck to every ones faces, making us look like we were competing in a facial hair competition.

Heading into the tent the lovely volunteer helped remove my wetsuit and it was onto my nemesis, the dreaded bike leg. People were running out of the change tent like there was a fire to get to their bikes. I decided to take the slow approach and as I crossed the mounting line, I told myself you have got this girlfriend took a deep breath and away I went.

The ride was long. It was hilly and the wind never stopped blowing. At times my shoulder hurt, my back hurt and my whole body hurt but I kept plugging away at it. I might have had words with a rude American bloke on the bike who I later passed pulled over on the side of the road (karma), but other than that, everyone was very friendly.  Some 7 hours and 18 minutes later I crossed the dismount line, again swore at my support crew and gratefully gave my bike to another lovely volunteer while telling her she could have it, I never wanted to see it again.

I thought to myself well Sophie, all you have to do now is run a marathon.  The run was three 14km laps. I decided no matter what I would run that first lap, only walking through the aid stations.

That worked well for me and because I can be a stubborn old cow I thought I might as well take the same approach for the second lap. Heading into the third I thought you are not going to beat me now and I managed to finish the final lap and my marathon in 5 hours and 17 minutes, running every single step of the way. At the 35km mark I questioned my sanity as I started to feel a bit nauseous but I just ignored that as I chanted in my head, after my favourite movie, run Forrest run.

Crossing the line you couldn’t wipe the smile off my face, I had faced my fear, conquered my dream and become an Ironman.

I was fortunate to have a great and experienced support crew to help me and I couldn’t have done it without Christie Peters and Carole McGreggor – these two gave up their weekend to support my dream and I will be forever grateful.

Oh and they also wore  bunny rabbit outfits and unicorn headbands so I had no trouble picking them out of the crowd..

I am sharing my story not to hear how great I am but rather to show anyone that if you have a dream or goal, no matter how big or small it is, go out there and chase that sucker down.

And sometimes opportunity can come from our darkest times, you  just have to have the courage to find it. 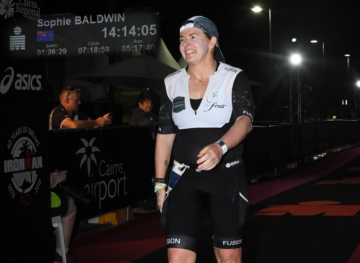 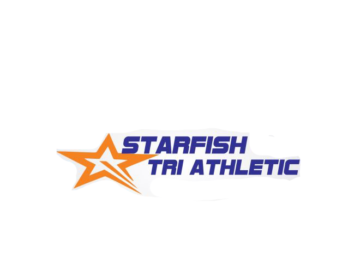